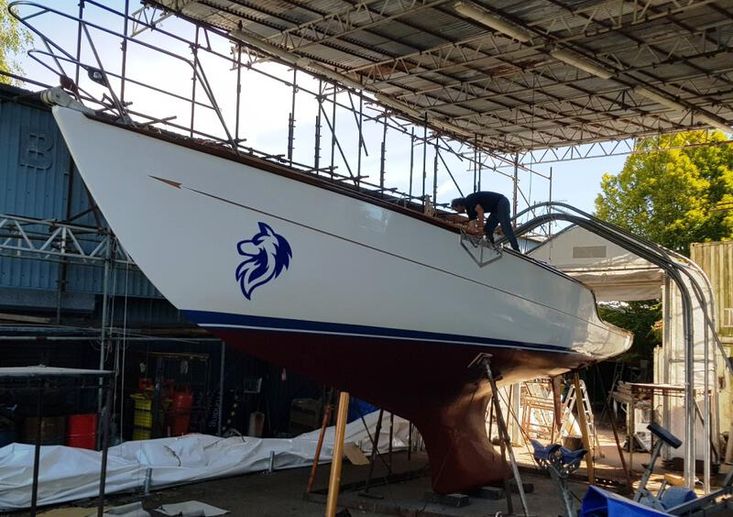 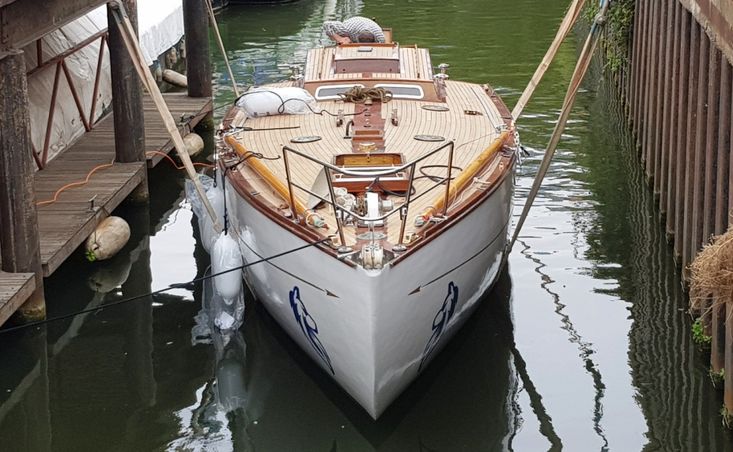 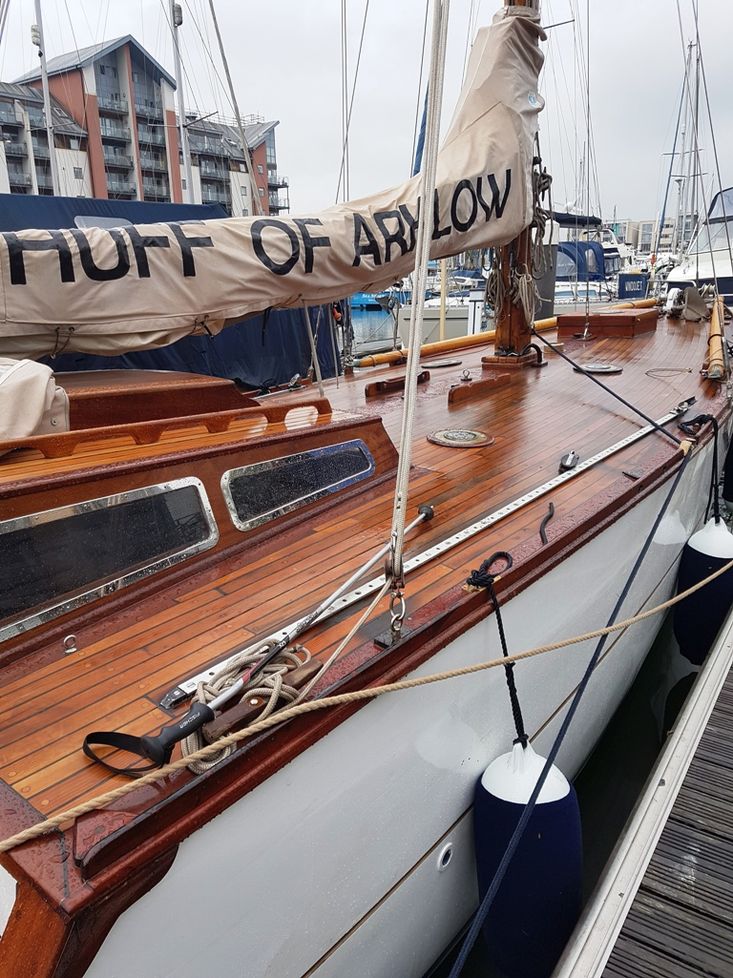 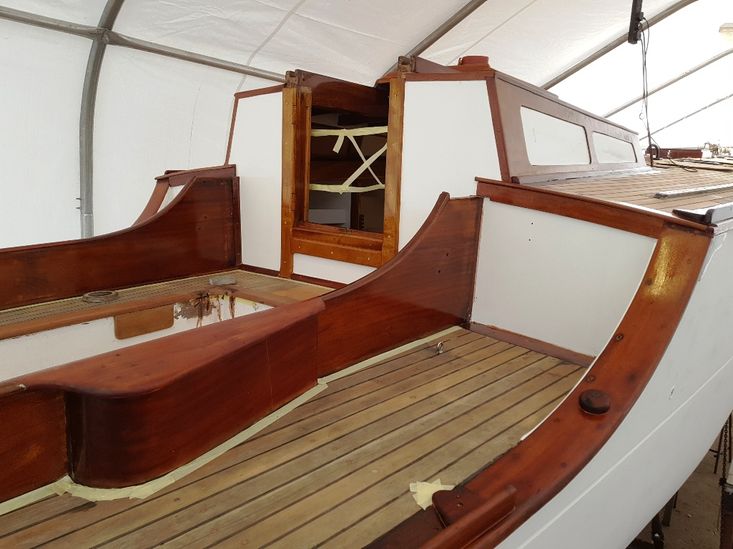 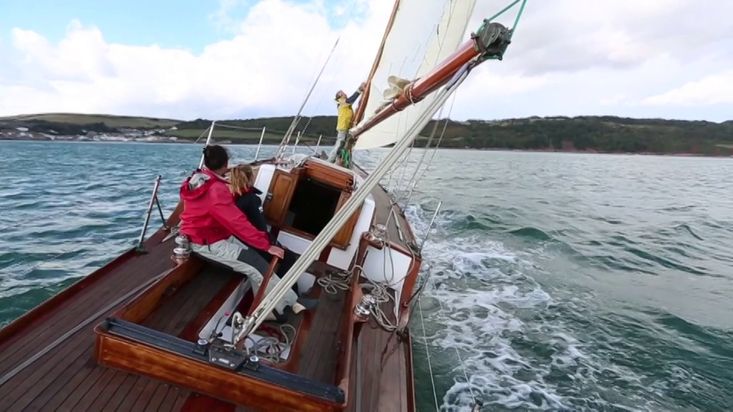 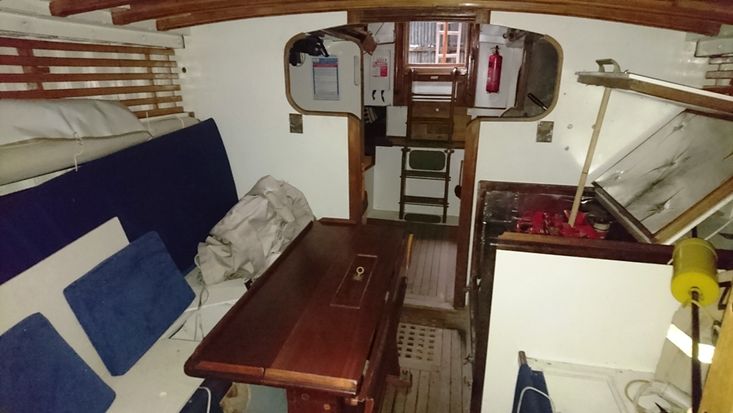 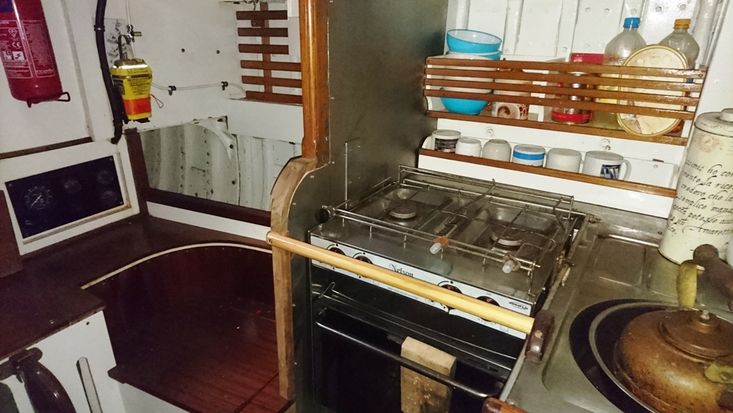 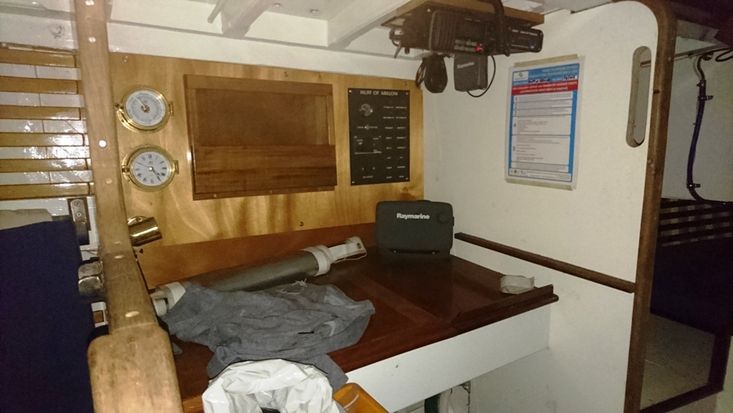 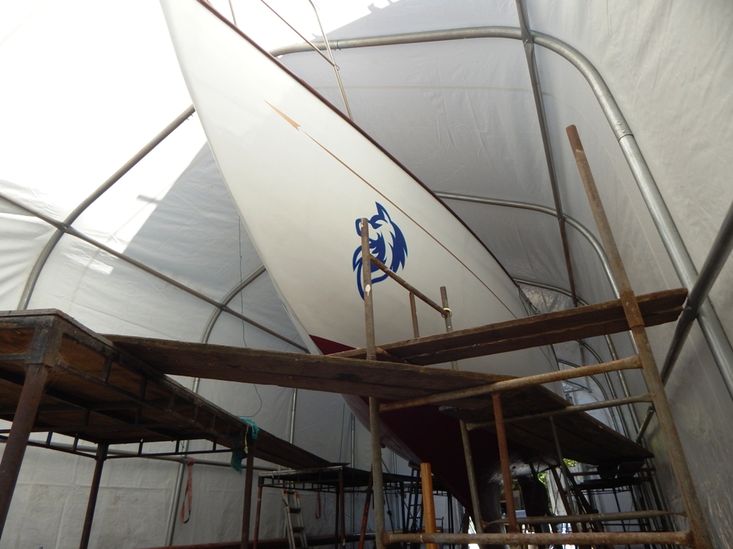 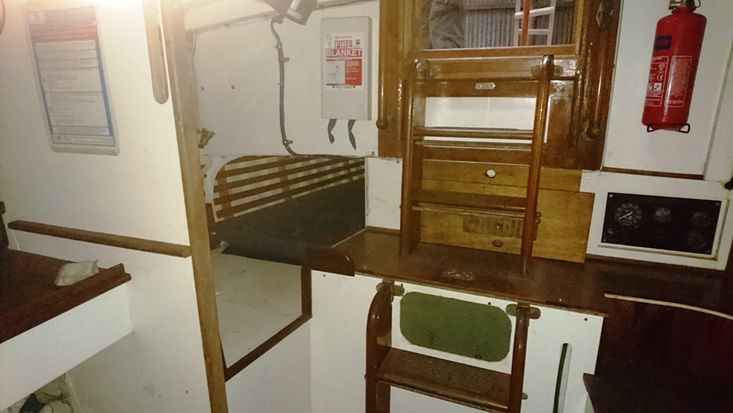 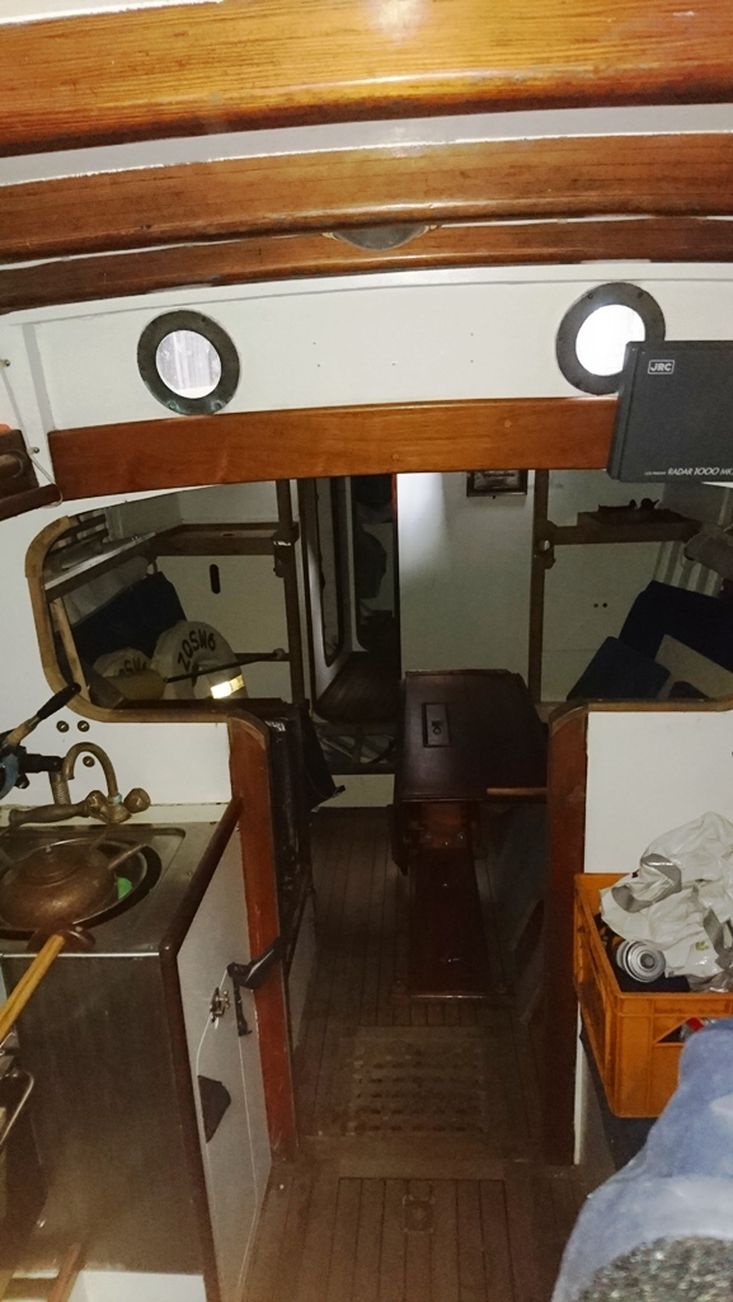 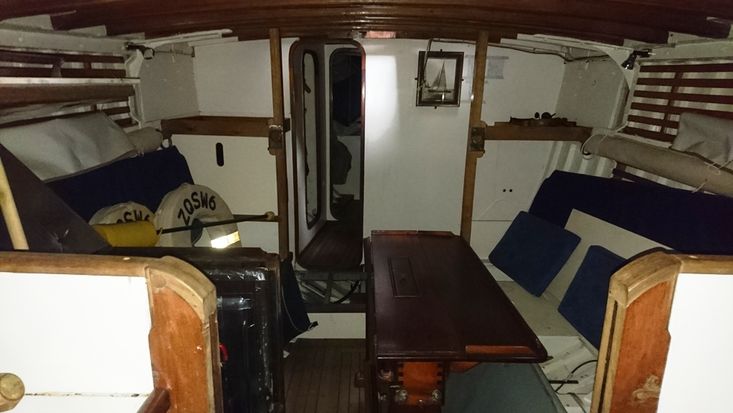 HUFF of ARKLOW, built in 1951 still looks remarkable nearly seventy years after she was first designed by Uffa Fox for his friend and keen racer Douglas Heard. Douglas was a retired RAF pilot and the stepped sheer is believed to have been incorporated into the design to assist getting aboard when alongside.

Douglas wanted a fast, weatherly racer capable of accommodating a crew of six. Essentially the design is a scaled-up Flying Fifteen, also designed by Uffa in 1947 and still raced competitively in World Championships. Probably the most famous Flying Fifteen is COWESLIP presented to the Duke and Princess Elizabeth as a wedding present. Uffa designed eight Flying designs but only HUFF was built to the Thirty size. The name derived from H for Heard and UFF from Uffa. A totally unique and particularly special yacht which heralded a new era of yacht design, the great-grandfather of all modern fin and skeg racers.

HUFF of ARKLOW was extensively raced in the 1950s to Bermuda, Iceland, Faroes and Azores from her homeport of Killarney. In early 1960, Douglas sold HUFF to J A Mackeown of Dun Laoghaire. She won the Faulkner Cup in 1962 and again in 1964.

She was sold in the early 1970s to H W Brittain of Whitstable and J H Sharples of Macclesfield. In the late 1970s, HUFF was subject to an arson attack and was written-off. Chris Allen bought the wreck for a nominal sum and had her restored in Southampton for charter and sail training for young people.

In 1999 HUFF was bought by the EISCA (Eyemouth International Sailing Craft Association) an association dedicated to preserving and maintaining traditional boats that have shaped the evolution of yachting. Restoration of HUFF began in Cornwall at Mashfords Boatyard in 2009 led by Dominic Bridgman. With Heritage Lottery funding and specified funding from the National Historic Ships UK, work was completed in 2015. Purchased by the current owner in 2019 and fully refurbished in Bristol over the following 6 months. Change of plan now dictates a sale of the remarkable and totally unique vessel.

“A true ‘classic’ in every sense and a remarkable survivor thanks to the dedication of three remarkable enthusiasts in the 1970s, 1990s and more recently in 2019. A once in a lifetime opportunity to own probably the most famous ‘modern’ racing yacht of her time. Ground-breaking, legendary design, first offshore yacht to feature fin & skeg, masthead rig and planing hull capable of over 23 knots, as recorded during the Azores Race in 1960”

Fully refurbished by specialist wooden boat restorers during spring and summer 2020 at a cost of approaching £40,000. Now in full racing condition in the Bristol Channel ready for the remainder of the 2021 season and classic events, regattas in the future.

Important Note: The particulars / images of the vessels listed on this website are believed to be accurate but are not guaranteed, buyers should satisfy themselves regarding the same. No warranty is given as to the condition of vessel's hull, machinery and equipment / gear and an examination by a qualified marine surveyor is always recommended.

Boats for sale
by continent

Boats for sale
by country